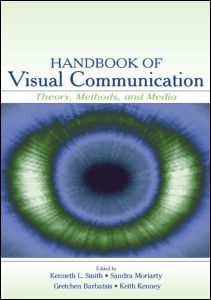 A Burkean Analysis of a Television Promotional Advertisement

In cultural studies research, the goal is to study the meaning of things. The analyst attempts to understand the meaning of one or many cultural texts—books, songs, paintings, cartoons, movies, TV shows, advertisements, films, newspaper articles, fast-food restaurants, museum installations, carnivals, human organizations, or any other part of our social world that can be studied as text—and through various forms of interpretation. The main elements of a cultural studies perspective (Grossberg, 1995, 1993; Grossberg, Nelson, & Treichler, 1992) include a commitment to observing, understanding, and explaining human action through language and imagery; the acceptance of conflict and contradiction as a central condition of human societies; an interpretive focus on popular texts such as music, movies, and television; the notion that textual meaning is in many ways structured (encoded) within the imagery and language of a given text, but that viewers, listeners, or readers are the final arbiters of textual meaning (Hall, 1980); an interdisciplinary interest in interpreting texts by borrowing and combining theories and methods from various academic disciplines such as communication, linguistics, history, philosophy, literary theory, sociology, economics, political science, and anthropology; and a belief that a given popular culture text is typically based on familiar, culture-specific stories, norms, scenarios, themes, myths, or ideals that can be interpreted critically within the political, historical, economic, and social contexts that shape a text’s meaning. Accordingly, meaning is partly in the text, partly in the culture at large, and partly in the viewer, listener, or reader.