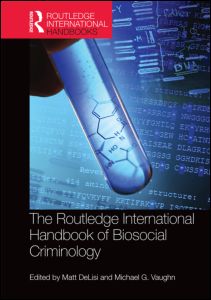 A spectrum approach to understanding mental disorder groups together those disorders with similar core features, and uses a dimensional rather than discrete categorical approach in the service of the discovery of underlying mechanisms (Krueger et al., 2005; Arcos-Burgos et al., 2012). Antisocial spectrum disorders represent a subset of externalizing disorders, and include constructs such as antisocial, dissocial, and severe personality disorders, as well as psychopathy. Central themes in antisocial spectrum disorders include rule-breaking, aggressive, and defiant behaviors. A number of traits have been described as risk factors for antisocial spectrum disorders: increased novelty seeking, risk-taking, boldness, nonconformity, aggression, and impulsivity; and reduced harm avoidance, guilt, empathy, conscientiousness, agreeableness, relationship stability, and sensitivity to punishment. These features may emerge in childhood, adolescence, or adulthood, and may resolve, occur episodically, or become chronic and progressive (Cadoret et al., 1987, 1990, 1995; Langbehn and Cadoret, 2001; Diamantopoulou et al., 2010). It is likely that biological and environmental factors do not contribute equally to all of the characteristics at all points in development (Dick et al., 2006; Burt and Klump, 2012; Viding et al., 2012; Hicks et al., 2013). Because there remains scientific uncertainty as to whether any, or all, of these conceptualizations are biologically meaningful (Kendler and Myers, 2013), studies using categorical and dimensional definitions of antisocial spectrum disorders and traits, at various stages of development, are included in this review, as are studies examining specific behaviors and behavioral themes.