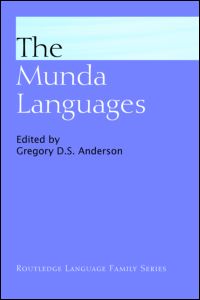 Ho and the Other Kherwarian Languages

Strictly speaking, we have no consensus which ‘languages’ are to be considered Kherwarian. The Kherwarian language continuum consists of, according to Norman Zide and his mid-1960s Munda languages project group at the University of Chicago, Asuri, Bhumij, Birhor, Ho, Korwa, Mundari, Santali, and Turi. According to the most recent edition of the Ethnologue (Gordon 2005), Kherwarian has 12 languages; that is, Asuri, Birhor, Koda, Ho, Korwa, Mundari, Mahli, Santali, Turi, Agariya, Bijori (Binjhia, Birjia), and Koraku. The International Encyclopedia of Linguistics (Bright 1991) follows their classification, in which, Bhumij is not considered a separate language, but rather a dialect of Mundari, whereas Agariya, Mahli, Koda, and Koraku are considered to be separate languages.