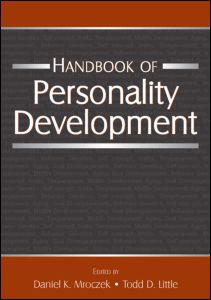 Over the last several decades, a coherent picture has emerged from numerous longitudinal studies concerning the nature of personality development in adulthood. Personality traits are quite consistent across long periods of time and increase in consistency with age (Conley, 1984; Roberts & DelVecchio, 2000; Schuerger, Zarrella, & Hotz, 1989). In addition, personality traits also show meaningful and statistically significant mean-level change in young adulthood, middle age, and even old age (Helson & Kwan, 2000; Roberts, Walton, & Viechtbauer, 2006; Srivastava, John, Gosling, & Potter, 2003). People increase on traits related to social dominance (a facet of extraversion), agreeableness, conscientiousness, and emotional stability, in some cases well into old age. Finally, these changes are related to life experiences in young adulthood (Pals, 1999), midlife (Roberts, 1997; Roberts & Chapman, 2000), and old age (Mroczek & Spiro, 2003). The picture drawn from the empirical data seems eminently reasonable: Personality traits increase in consistency as people age, reaching levels that are quite high, but not so high as to rule out the possibility or reality of meaningful shifts in traits over time. Development in normative and individual terms continues well into middle age and sometimes later, typically in a less dramatic fashion than would be expected if personality was ruled solely by the environment. Unfortunately, existing theories of adult and personality development fail to capture or account for this temperate perspective on personality trait development.

Methods for the Analysis of...

Theory and Research in Pers...