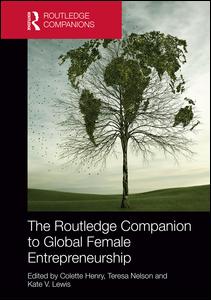 An insight into the complexity of survival

Since the 1960s, Ireland has experienced massive economic and social upheaval as it distanced itself from what was previously an agrarian economy. Nevertheless, the agri-food sector remains one of Ireland’s most important industries representing 7.1% of the country’s economy and 11% of its exports, while supporting approximately 170,000 jobs, which amount to 8.6% of the country’s total employment (European Commission, 2013). Despite the continued strength of the agri-food industry, centuries of seasonal employment for itinerant unskilled agrarian labourers (predominantly male) are now a historical memory due to increased mechanisation and labour efficiencies. Ireland’s transition to a modern digital economy has resulted in Traveller / Gypsy / Roma employment predominantly located within the ‘settled’, urban communities where job opportunities are much more limited (in Irish discourse ‘settled’ refers to a person who no longer follows a nomadic lifestyle). The traditional Irish Traveller community (which has a strong patriarchal system) has endured an increasingly marginalised role within Ireland’s economic and social environment, which in turn has led to lower levels of waged-employment amongst Traveller men. This development has placed increased pressure on Traveller women since they are essentially responsible for looking after the needs of their nuclear family (which frequently is quite large). Although women traditionally played a subservient role within the Traveller community (unless they are a rare matriarch outliving their partner and/or his brothers), they are required to manage the home and family commitments. Typically, Traveller women were uneducated and illiterate and married very young into arranged marriages involving dowries. They usually led a life of hardship, continually on the move while raising a large family based on an economy of begging or hawking. According to Pavee Point (2008), Traveller women experience triple discrimination – discrimination as women, discrimination as Travellers, and discrimination as Traveller women. Pavee Point further argued that like women from other minority ethnic groups, Traveller women experience an intersection of oppressions through racism and sexism. However, for Traveller women in Ireland today, there are signs that life is changing for the better (Galway Traveller Movement, 2012; Nelson & Silva, 2010) and entrepreneurial activity has been identified as one of the avenues through which such change can be engendered. However, there are many demanding complexities when seeking to enable entrepreneurial activity amongst Traveller women, since they face substantial challenges both inside and outside of their community. This chapter explores the environment in which Traveller women pursue their entrepreneurial activities, the challenges that they face and their ambitions for the future.