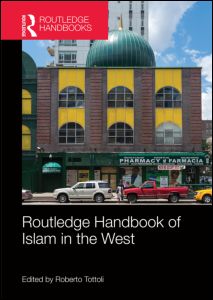 The production of Western Islamic knowledge

Routledge Handbook of Islam in the West

Defining Islamic knowledge is far from an easy task. What Muslims define as properly Islamic is not something that holds general consensus. Islam is a living tradition that in practical terms refers to an orthodoxy and an orthopraxy. The idea of living tradition implies differences in views, opinions, and behaviors. In this sense, a single, unique, unified, homogeneous, universally accepted form of Islamic knowledge simply does not exist. What exists is a corpus that constitutes a set of references, in which differences, contradictions, and conflicts of interpretation, as well as consensus (ijma‘) and agreement, are intrinsic parts of the concept of tradition. A sociological concept, in this sense, not exactly equal to that of taqlid; and also a historical one: because, as Asad (1986) points out, tradition has (or, better, is) a history that refers to a past and redefines itself in respect to a future, through a relation with the present. In this sense we can speak of an Islamic discursive tradition, as the author does, in a broader sense: that is not only the common intellectual meaning of the word “discourse,” but rather the etymological one, from the Latin dis-currere – “running (currere) here and there”; moving and changing, we might say.