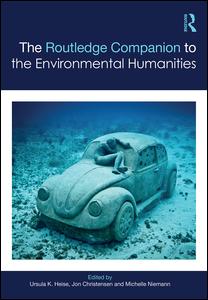 The politics of emancipation and the end of oil

The Routledge Companion to the Environmental Humanities

The refrain of Joni Mitchell’s “Big Yellow Taxi” could serve as a motto for much environmentalist thinking: “Don’t it always seem to go/That you don’t know what you’ve got/Till it’s gone.” But the lines seem particularly apposite with regard to the new interest that humanist scholars have begun to take in what has variously been referred to as “oil culture” (Barrett and Worden), “petroculture” (Szeman 148), or “petromodernity” (LeMenager 71). Oil, these scholars argue, is much more than a culturally inert “energy carrier.” Its distinct physical properties have shaped not only the material infrastructure of industrial society in the twentieth century, but also affected what one might call its social and psychological aggregate state. Petroleum has almost twice the energy density of coal. By comparison with the latter, extracting and transporting it requires very little physical labor, putting a correspondingly higher premium on technical expertise and entrepreneurial ingenuity. Not only does burning it produce many fewer particulates but also motorized transport allows for the increased spatial disaggregation of the spheres of production, consumption, and reproduction. This enables many people to live in cleaner, healthier environments—and makes it much easier for them to ignore the local ecological costs of oil extraction and processing. Thanks to advanced organic chemistry, petroleum can be transmuted into a prodigious array of products, from motor fuels and lubricants to plastic wrap and film stock, nylon stockings and cosmetics, pharmaceuticals, pesticides and fertilizers—products which, together, made possible consumer society as we know it. If we ask what it felt like to be “modern” in the twentieth century, our answers will invariably lead us back to petroleum. It fueled not only cars, ships and airplanes, but, along with them, visions of the good life, individual and collective aspirations, and a cultural style which, against a backdrop of steadily growing material affluence, valorized risk-taking and the transgression of established boundaries (Buell; Musiol; Sloterdijk).

Hubris and humility in envi...