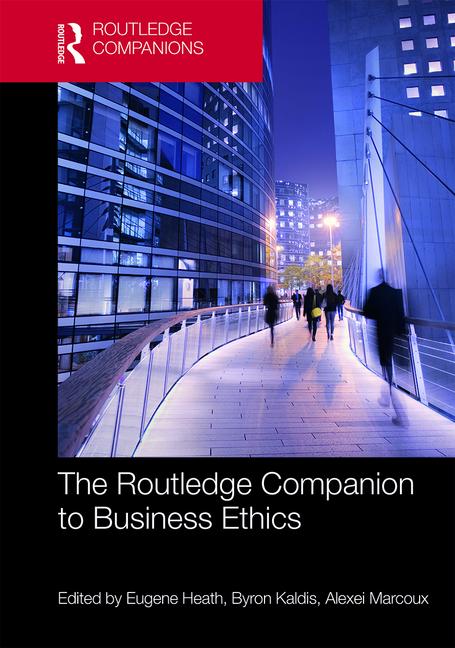 The Routledge Companion to Business Ethics

There are few issues in business ethics that are more clearly on the public agenda than that of corruption and bribery. Neither are there many topics to which both business and government have given more attention over the past two decades. Corruption in the world of business is of course not an exclusively modern or contemporary phenomenon. Evidence of its moral and ethical significance can be found in the Hebrew Bible/Christian Old Testament (e.g., Leviticus 19:35 ff.) and the code of Hammurabi (e.g., the Oman Tablets), both of which prohibit the use of false weights, lying and other forms of dishonesty in business dealings. The contemporary significance of corrupt or unethical conduct has been magnified, however, by globalization accompanied by the sheer size and reach of today’s multinational corporations. The result is that corporate corruption can have devastating economic consequences for individuals, organizations, and national and international economies. The Enron scandal, which illustrates this development, destroyed careers, eliminated the pension savings of hundreds, perhaps thousands of people, impoverished many investors, led to the demise of one of the world’s leading accounting and auditing firms, Arthur Anderson, undermined confidence in the stock market and contributed to an energy crisis in California (Eichenwald 2005; McLean and Elkind 2003). Had the Enron scandal been a one-off event, it might warrant a footnote in business history. However, it proved to be just one in a series of scandals that have shaken confidence in business leadership in the industrialized world. More recently, the financial crisis of 2008, in which corrupt business practices, for example in housing and mortgage markets, contributed to a serious recession, has generated global repercussions, and many national economies, as of the time of writing, have yet to recover. The Siemens’ bribery scandal, Volkswagen’s manipulation of emissions testing and on-going evidence of corruption in financial services, for example the Libor scandal, all provide persuasive evidence that corruption is deeply embedded in the contemporary global economy (Kansas 2009; Santoro and Strauss 2012; Schubert and Miller 2008; Manacorda et al. 2014; Hotten 2015; McBride 2016).

Business ethics in South As...