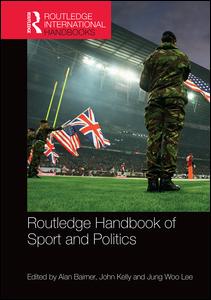 The Social Criticism of Sport

Routledge Handbook of Sport and Politics

In his book, Liberalism and Social Action (1991), John Dewey argued that because of significant changes in the economic, social, and political makeup of twentieth-century liberal democratic societies like the United States “liberalism must now become radical.” That his call for liberalism to become radical was not a mere rhetorical flourish is apparent when he exclaims a few sentences later, “If radicalism be defined as the perception of the need for radical change, then today any liberalism which is not also radicalism is irrelevant and doomed” (1991: 66). What Dewey specifically had in mind in urging liberalism to go radical will inform an important part of my central argument to come that not only is a liberal theory of sport a genuinely radical theory of sport, but, more strongly, that it is our best hope for ridding elite sport of the present ills that beset it. For now, however, I mention Dewey’s exhortation only to point out how jolting and bizarre it must seem to contemporary ears, especially to the current crop of leftist critics of elite sport who claim Marx, or Gramsci, or Raymond Williams, or Stuart Hall, or Foucault, or some combination of them, as their muses, and regard Dewey, if, improbably, they think of him at all, as a useless, uncritical apologist of the status quo. To be sure, the idea that Dewey is anything but a radical social critic or the liberal outlook he espoused anything but a radical doctrine is not a new one, for the leftists of Dewey’s time had much the same dim view of the man and the theory as the current generation does. But the entrenched opposition to liberalism and its supposed radical pretensions is especially acute nowadays, not least among leftist theorists of sport.

The Politics Of Sports Mega...