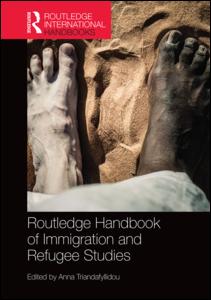 A view from Asia

As a continent, Asia comprises the largest share of the world population. Population movements in and out of the Asian countries have become one of the defining features of today’s increasingly globalised world. The continent sends, as well as receives, migrants belonging to all skill levels – ranging from unskilled and semi-skilled workers to highly skilled professionals and knowledge workers. Many countries, especially the developing ones such as China, India, the Philippines, Bangladesh, Indonesia, Sri Lanka and several others have emerged as major sources of labour to many developed countries of the world. They are predominantly known for large-scale emigrations of their population to Western countries of the developed world, such as the US, Canada, the UK, the mainland EU countries of Western Europe, Australia, New Zealand and so on. Besides, they also send significant numbers of migrants to other countries within the continent, such as the Gulf Cooperation Council (GCC) countries in the Middle East or west Asia. Migrants vary from those moving for economic reasons such as domestic workers, masons, construction workers, drivers and care-givers who are considered to be in low-skilled occupations; to engineers, doctors, legal advisors, teachers and IT professionals; and those in jobs that require at least some college education or professional degrees and are highly paid. Besides, there are significant numbers of people who migrate for various other reasons. These include migration to rejoin their families, marriage, under persecution as refugees, for higher education and, unfortunately, some being trapped in illegal channels of trafficking.

Asylum in the twenty-first ...