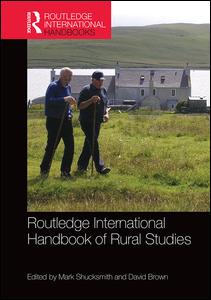 The Financialisation of Agriculture and Food

The concept of financialisation has emerged as a meta-narrative for global socioeconomic change. It is intrinsically associated with the ambivalent power of financial markets, their simultaneous importance and fragility, and an international financial system of increasingly fragmented responsibilities. Financialisation has been used as a ‘descriptor of a wider transformation in economy and society’ (French, Leyshon & Wainwright, 2011, p. 799), understood as a ‘host of structural changes in advanced political economies’ (Van der Zwan, 2014, p. 99). It has become a ‘focal point of a burgeoning research programme’ (Nölke, Heires & Bieling, 2013, p. 209), drawing on contributions from economics, geography, sociology, anthropology and political science. Financialisation is becoming a ‘schema’, a meta-narrative that increasingly orders and explains knowledge and experience (Lyotard, 1984; Stephens & McCallum, 1998). In this chapter, we consider financialisation as a process in which expanding and volatile financial capital is increasingly penetrating and shaping the ‘real economy’; restructuring accumulation strategies, altering the roles of both nation states and private corporations; and impacting more directly upon the livelihood systems of citizens than in previous times (Epstein, 2005; Froud, Johal, Leaver & Williams, 2006; Krippner, 2011). Financial capital and affiliated actors have also become involved in agriculture and in food production and marketing thereby impacting upon, and altering, contemporary ruralities.