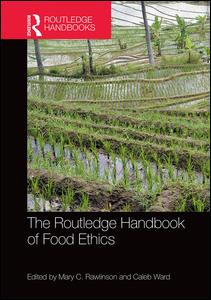 A matter of dignity and self-respect *

The Routledge Handbook of Food Ethics

Food security represents a phenomenon that encompasses a rich array of interrelated problems, goals, and strategies. Since the mid-1970s, it has gained increasing attention within the broad panorama of studies on food-related issues, qualifying itself not only as a practical need to be met, but also as the object of cross-cutting theoretical concerns and fields of inquiry amenable to synergistic collaborations (such as nutritional and health-care science and education, agricultural research and technology, political theory, legal, and environmental studies). Theorists and policy-makers who, over the last two decades, have attempted to address the problem widely accept the definition of food security proposed by FAO at the 1996 World Food Summit held in Rome:

[Food security can be defined as] a condition where all people, at all times, have physical and economic access to sufficient, safe and nutritious food to meet their dietary needs and food preferences for an active and healthy life.

(FAO 1996; cf. 2004: 5; 2013: 16–17) As might be suggested, such a definition – and, more pointedly, the connotations of the word “security” itself – implicitly recalls the idea that a number of risks and threats might hamper the full-fledged realization of the concept at stake in practical life (Kent 2005: 22–23). The most urgent challenges faced by feeding policies and interventions in fields like health, hygiene, agriculture, water supply, and education revolve around the spectrum of hunger and the various forms of physical disease related to such a condition. FAO regards hunger as synonymous with chronic undernourishment, the latter being described as a condition of inadequate dietary energy intake that might develop along with malnutrition (a condition resulting when a person’s diet does not provide an adequate supply of nutrients like calories, proteins, carbohydrates, vitamins, and minerals) (FAO 2015; 2008).
Cite

Hungry Because of Change