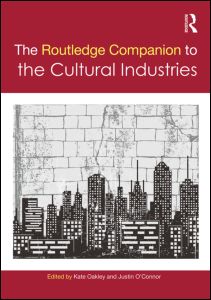 The ‘ruralness’ of rural cultural industries

Recent years have seen increasing attention paid to the geographies of cultural production and consumption. This work has emphasized issues of place and scale, and has reminded researchers and policymakers of ‘the difference that space makes’ – that analyses of and interventions in the workings of cultural industries must think carefully about where those industries are located, the spatial reach of their networks and markets and interactions with other geographical features (the urban landscape, place image, etc.) and phenomena (migration, gentrification, etc.), and so on. Among the emerging geographies being mapped and discussed, we have global, national and regional scale case studies and comparisons, analyses of policy transfer and policy tourism, explorations of agglomeration, and detailed explorations of site-specific (and industry/sector-specific) cases. This is arguably most apparent in the creative industries domain, although there are parallel tracks focused on issues such as cultural tourism and culture-led regeneration. Among the geographical registers used to think about creative and cultural industries, one key approach has been to explore urban–rural differences (and similarities). This approach often begins with a critique of the centring of metropolitan cultural work and life in accounts of creative industries and creative economies; it is true that, say, a decade ago the dominant ‘script’ concerning the creative industries tended to assume a particular inner-city location – that creative industries are quintessentially urban (Banks et al. 2000). However, more recently we have witnessed the emergence of a literature that uses that critique as a platform to look elsewhere for creative activities: to look to the small city or market town, the outer suburbs, to ‘peripheral’ regions, and to the countryside (see respectively Waitt and Gibson 2009; Lazzeroni et al. 2013; Collis et al. 2013; Thomas et al. 2013; Bell and Jayne 2010). It is the latter ‘elsewhere’ that is the focus of this chapter. Through a discussion of research and policy discussion on rural cultural industries, my aim is to examine in particular the framing of ‘ruralness’ used to account for cultural production (and consumption) beyond the metropolis. In so doing, I want to think about the different countrysides that are conjured in accounts of, to use Susan Luckman’s (2012) subtitular phrase, ‘rural, regional and remote creativity’.