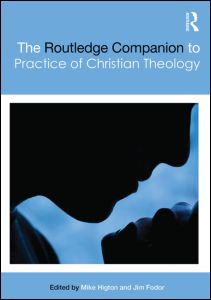 The Routledge Companion to the Practice of Christian Theology

It is often assumed that theology has no place in the public sphere. All reasons are permitted in a liberal democracy, but ‘religious reasons’ are not among those that can gain widely shared assent, and so these are ruled out of court. Theological reasons are deemed ‘private’, partial, and thus they do not concern the public, the political, the universal, or the common good. On one level, this is an entirely theoretical exclusion, since ‘religious reasons’ most certainly animate many major public debates about moral goods (e.g. debates about abortion, euthanasia, poverty, marriage, sex, religious freedom, human rights). Yet this exclusionary principle seems to be necessary, we are told by advocates of political liberalism, because ours is a uniquely pluralist situation, and since ‘religion’ is divisive it cannot serve the common good and peace that the state is charged with securing. Most judges will not allow ‘religious reasons’ to influence their decisions, and theological reasons are never admitted into the debates of national political cultures without serious prudential reservations. Public arguments might well be difficult to settle through the democratic process, and such arguments may be deeply informed by people knowledgeable about a wide array of temporal matters, but theology should not be one of them. It seems, then, that public reason seeks the help of all kinds of reasons, except for theological reasons. Why?