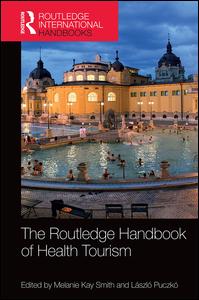 The environmental externalities of medical and health tourism

The Routledge Handbook of Health Tourism

Much of the literature on health and medical tourism in the tourism literature tends to emphasise the potential value to consumers of medical tourism as well as the associated value to (primarily) private healthcare operators and destinations (Musa, Thirumoorthi and Doshi, 2012; Wang, 2012; Medina-Muñoz and Medina-Muñoz, 2013; Alberti, Giusti, Papa and Pizzurno, 2014; Alén, De Carlos and Domínguez, 2014; Woo and Schwartz, 2014; Johnson and Garman, 2015; Wu, Li and Li, 2016). In the medical literature the value drive has been more critically assessed, in part because of concerns over the implications for the patient when things go wrong, but also because of the implications for state-funded public health systems, especially those geared towards a model of universal health (Hall, 2011; Barros, 2015). Nevertheless, there appear to be significant academic and policy divides between countries that primarily embrace private health models and those with stronger publicly provided health systems, especially regarding the ethics and equity of medical and health tourism (Hall, 2012a; Ormond, 2015). However, a key issue in considering medical and health tourism is where the externalities lie, the nature of those externalities and over what timeframe they should be considered in policy making. This chapter therefore seeks to address these questions in the context of the wider health implications of medical tourism and how these should be considered at a time of increasing concerns as to the physical and economic capacities of health systems to respond to disease threats.

Legal and ethical issues of...

The ethics of medical travel

Finding flow during a vacat...