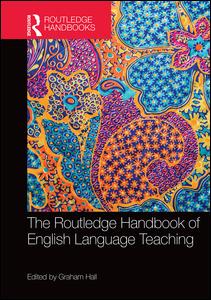 Teaching language as a system

While language has been accepted as a system composed of subsystems (e.g. morphological and syntactic systems), ideas about what it encompasses and how it works constantly evolve. Earlier linguistic theories, such as structural linguistics (Saussure, 1916; Bloomfield, 1933) and generative linguistics (Chomsky, 1957), consider language a largely autonomous system of structural rules, paying inadequate attention to meaning and use (i.e. to pragmatics – how language users convey and interpret meanings in a given context). Contemporary linguistic theories, such as systemic functional linguistics (SFL) and cognitive linguistics (CL, referring specifically to the linguistic theory developed by, among others, Langacker, 1987, 1991), develop a more comprehensive view that considers meaning and use as central. SFL treats language as a paradigmatic system for social interaction – a system of choices created and made by language users for communicating meaning in various social contexts. In this view, form, meaning and function interact to create a unified meaning-making “system network” (Halliday, 1994: xxvi); meaning is primary in this system network. Similarly, CL (Langacker, 1987, 1991) also considers meaning central in language, but it differs in that it considers human cognition key in the understanding and use of language. This theory treats language as a usage-based and conceptualisation-driven symbolic system for communication. Most importantly, in addition to form, meaning, context and use, language users and their construals(i.e. how speakers may frame an event differently or choose to select/focus on different aspects of it) play an extremely important role in meaning-making. This is because in each communication event, ultimately it is the language user who assesses the choices of form in context and decides which choices to make in order to best convey the meaning at hand. Furthermore, the choices made by language users will in turn affect the language system itself, making language a dynamic rather than a static system (Larsen-Freeman and Cameron, 2008; for further discussion of dynamic systems, see Mercer, this volume).