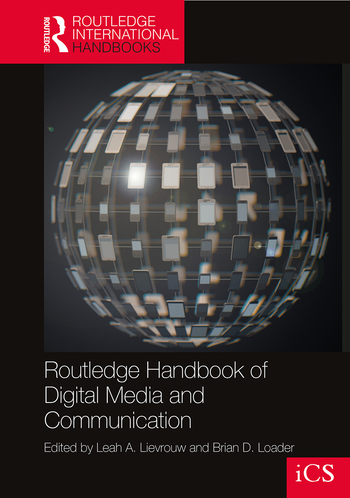 The role of the Internet in communicating war and conflict has been of increasing academic interest (see Cottle, 2006; Matheson & Allan, 2009; Hoskins & O’Loughlin, 2011; Chouliaraki, 2015). The proliferation of digital networked devices means that today conflicts are saturated with more information than ever before, and this information is transmitted through a wider variety of actors and groups; in other words, there is an increase in the chorus of voices vying to assert their account or narrative of events within the new media ecology. 1 There are those who are physically proximate to conflict (a direct eyewitness regardless of other roles that actor might occupy); those who are actors to the conflict (such as activists, rebels, soldiers, the state involved, who might be external to the event in question); those involved in formal global decisions (States, the UN, NGOs), experts and specialists, diaspora groups, religious organizations, news media; and, finally, local, national, and transnational audiences. Not only can these pieces of user-generated content (UGC) bear tangible witness to events, but they also travel through the media ecology as resources for distant witnessing for those outside the conflict zone (Torchin, 2012; Andén-Papadopoulos, 2014; Chouliaraki, 2015). This potential is heightened through the popularity of global social media platforms, such as Facebook, YouTube and Twitter, which have “further simplified access to publishing tools for ordinary citizens and subsequently increased visibility of demotic voices to both national and global audiences” (Thorsen, 2012, 296). The Internet offers new opportunities for those within the conflict to tell their own stories and has the potential to transform news coverage of conflict (see Beckett, 2008; Cottle, 2009; Chouliaraki, 2010; Allan, 2013; Mortensen, 2015). In this context, curation – whereby content is aggregated and organized from a variety of sources onto a single webpage – emerges as a key tool for news organizations covering events in real time. As Mark Little, cofounder of Storyful, argues, journalists need to “get used to being ‘curators’; sorting news from the noise on the social web using smart new tools and good old-fashioned reporting skills” (Little, 2011). Curation offers new opportunities for the inclusion of a greater diversity of voices and experiences in news coverage.

All the lonely people?