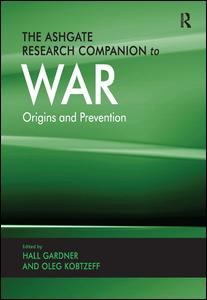 Totalitarian Times—Total War, Global War: The Roots of World War II and the Nature of the Conflict

The Ashgate Research Companion to War

Fifty to sixty million dead, maybe more. Almost a decade of warfare: the conflict began in 1937 for the more than half-billion Chinese invaded by the Japanese. World War II thus remains to this day, and hopefully (if humanity is responsible enough not to renew the experience) will forever remain, the war that inflicted devastation on the largest scale in human history. Not one population on the planet (except for some rural communities or tribes living in extremely remote areas) was able to escape direct or indirect involvement in the conflict. The intensity of danger varied between two extremes. The highest degree of violence fell upon the victims of genocide and organized mass murder in Europe (between 6 and 7 million Jews, 500,000 Gypsies, plus 6 to 7 million others, executed as Slavs, members of other ethnic or sexual minorities, political dissidents), in Asia (3 to 10 million Chinese or other Asian and European civilians, victims of massacres, forced marches, forced labor and atrocious conditions in concentration camps) 1 1

and, finally, soldiers made prisoners of war by the Japanese or Soviet armies, who did not apply the Geneva conventions.
Cite

NOT a Clash of Civilization...