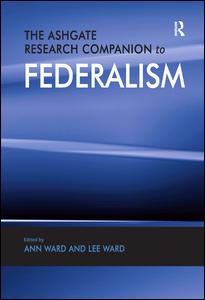 Tocqueville on Federalism as an American Accident

The Ashgate Research Companion to Federalism

Alexis de Tocqueville was easily the best friendly critic of the United States of America. In Democracy in America, he presents the American federal system as a sort of accidental constitutional outcome that would be unlikely to endure. 1 1

The best introduction to Tocqueville’s thought – including his life and times – is the “Editor’s Introduction” to the Mansfield and Winthrop (2000) translation of Democracy in America. That’s the translation I use here.

It was opposed by the centralizing partial truth found in the theory of the Constitution’s leading Framers, which aimed at maximizing individual freedom and prosperity by unleashing the homogenizing forces of atomistic (or individualistic) egalitarianism and materialistic science. It would be opposed by the partial truth in self-understandings, such as those that animated southern aristocrats and the idealistic Puritans, which focused on proud personal significance and willful resistance to all forces of centralization. Tocqueville presents his own theory of what the unprecedented American federal system accomplished, not so much with the intention of instructing the Americans who were not his primary audience, but in order to show us how various conceptions of the human good might be harmonized, if only fortunately and temporarily (II.ii.15). 2 2

References to Tocqueville’s Democracy in America are given in the text by volume, part, and chapter number. This reference, for example, is to volume 2, part 2, chapter 15. If an entire paragraph on my analysis is based on a single chapter, I put the reference at the end of the paragraph.

Montesquieu on Federalism a...