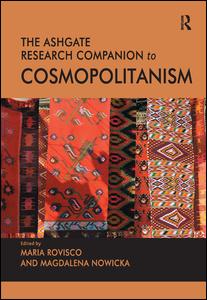 The Ashgate Research Companion to Cosmopolitanism

The student of Kant’s cosmopolitanism can find his ideas on this subject developed in his political writings published between 1784 and 1798, most systematically formulated in The Metaphysics of Morals (published 1797) and especially in the part entitled the ‘Metaphysical Elements of the Theory of Justice’ (or for short Metaphysics of Justice). Kant’s political essays include ‘Idea for a universal history with a cosmopolitan purpose’ (1784); ‘An answer to the question: “what is enlightenment?”’ (1784); ‘On the common saying: “This may be true in theory but it does not apply in practice”’ (1793); ‘Perpetual peace: a philosophical sketch’ (1795); and ‘The contest of faculties’ (1798). They are collected in Kant (1991).

The critically minded cosmopolitan understands we cannot simply repeat Kant’s eighteenth-century vision – that it is necessary to iron out inconsistencies in his thinking, radicalize it where its break from the old order of nation states is incomplete, draw out latent connections between peace and social justice, and modernize in terms of differences in historical context and conceptual framework – but a core cosmopolitan intuition is that Kant’s cosmopolitanism remains as relevant to our times as it was to his own (Bohman and Lutz-Bachman 1997). To my mind, the return to Kant is fully justified by the richness of what we find in the texts but I do wish question the narrative within which the return to Kant is typically framed. In this narrative we are reminded of the strong cosmopolitan currents running through eighteenth-century enlightenment thought; then we are warned that in the long nineteenth century these cosmopolitan currents succumbed to nationalism, imperialism, racism, anti-Semitism and technology; finally we are reassured we are now in a position to remember the dead and recover enlightenment’s cosmopolitan insight (Schlereth 1997). This narrative offers a consoling story of birth, death and rebirth. The widely held view that eighteenth-century cosmopolitanism left little or no legacy for the long century that followed may be represented by Theodor Adorno’s remark in Negative Dialectics that Hegel’s alleged deification of the nation state was reactionary in comparison with Kant’s cosmopolitan point of view (Adorno 1990) or by Jürgen Habermas’ remark in The Inclusion of the Other that what Kant understood is that the idea of right is best suited to the identity of world citizens, not to that of citizens of a particular nation state, but that this insight was lost when the universalistic elements of right were swamped by the particularistic self-assertion of one nation against another (Habermas 1998). Sankar Muthu concludes his fine book on Enlightenment against Empire with a statement (outside the area of his expertise) that the cosmopolitanism characteristic of the enlightenment was unable to endure into the nineteenth century because of a sea change that occurred in philosophical assumptions, argument and temperaments (Muthu 2003: 259). 2 2

The social theorists and philosophers of the long nineteenth century – Hegel, Marx, Nietzsche, Weber, Durkheim – were disciples of Kant’s cosmopolitanism to a greater extent than is usually recognized. The sphere of their investigations was the fate of humanity in the modern bourgeois world and their benchmark remained that of humanity as a whole (Chernilo 2007). However, we cannot simply by-pass their critiques of Kant. They understood that the idea of right is a social form of subjectivity rooted in modern ethical life; a contradictory social form that arises late in human history and can suffer all manner of reversals (not least the right to the product of one’s own labour transmutes into the right of the capitalist to expropriate the product of one’s labour); a transitory social form that can transmute into a terrifying administrative power over society. If we try simply to jump over nineteenth-century social theory, the risk is that we end up repeating the illusions of eighteenth-century natural law in a less critical mode.

From Cosmos to Globe: Relat...