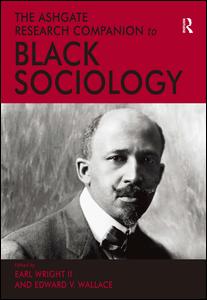 Popular music is an interdisciplinary area of study. Tagg (1982) asserts that no analysis of musical discourse can be considered complete without consideration of the social, psychological, visual, gestural, ritual, technical, historical, economic and linguistic aspects relevant to the genre, function, style, (re)performance situation and listening attitude connected with the sound event being studied. According to Tagg (ibid.), musicology as a discipline still lags behind other areas of specialization in the field of sociology. The musicologist is, thus, positioned in an advantageous position as it relates to their research possibilities. The advantage is that they can draw on sociological research to provide the proper analytical perspective of the subject. The empirical sociology of music approach assists musicologists in (re)configuring their approach from culture-centricity and ethno-centricity towards a focus on the musical habits among the population at large. This can provide valuable information about the functions, uses and, with the help of psychology, effects of the genre, performance or musical object under analysis. In this way, results from perceptual investigation and other data about musical habits can be used for cross-checking analytical conclusions and for putting the whole analysis in its proper sociological and psychological perspectives. In that regard, this work begins with the premise that the approach to the study of music will be sociological in nature yet there will be elements of other disciplines infused into the analysis. The benefit of the sociological approach, however, allows for a dedicated focus on issues of identity within music as sociological stratified levels within society such as race, class, status, color and gender are extrapolated from the lyrical content and musical resonance of the indigenous music. As a result, there would be a heightened sense of understanding of the musical text and its meaning within the analysis. Through an examination of popular Carnival music in Trinidad and Tobago, this study charts identity formation of Trinbagonians. I posit that the lyrics of the songs written and produced for the Carnival season project specific themes which can be used as a lyrical lens through which an analysis of various island identities are understood within this multi-ethnic space.

Give Us the Ballot! Gaining...