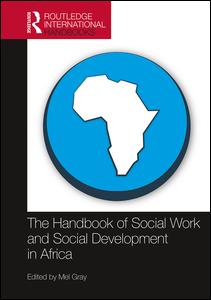 Social work practice in the NGO sector in Uganda and Kenya

The Handbook of Social Work and Social Development in Africa

Since the late 1970s, there has been a proliferation of nongovernment organisations (NGOs) – both national and international – in Africa. Scholte and Schnabel (2002) reported that the number of registered international nongovernment organisations (INGOs) working in more than one country in 1996 had more than doubled to 38,000 over a single decade. During the 1980s and 1990s, the NGO sector became a key actor in development policy, with the growing perception that it was preferable to government in social service provision in Africa. As Edwards and Hulme (1996) observed, previously seen as small-scale welfare providers, NGOs became ‘the preferred channel for service provision, in deliberate substitution for the state’ (p. 2 original emphasis). This was fuelled on the Right by the neoliberal structural adjustment agenda focused on ‘rolling back the state’ and on the Left by the participation and empowerment narrative (Agg, 2006; Bagci, 2007; Shivji, 2007). Thus, combined pressures from ‘above’ (government), ‘below’ (grassroots mobilisation), and ‘outside’ (the donor-community and development partners) were important drivers of the growth of NGOs. This anti-state stance made NGOs the preferred provider, as donor aid became diverted away from government leading to a consequent decline in public services. This, however, changed at the turn of the century with the international financial institutions – the World Bank and International Monetary Fund (IMF) – launching their Poverty Reduction Strategy Papers (PRSPs) initiative, which put the state firmly back in the driving seat, taking ownership of policies, as the development world approached the Millennium Development agenda firmly focused on poverty reduction. Known as the ‘consensus model’ of aid funding, following the Monterrey Conference in 2002, the policy of giving large shares of public funds to INGOs to finance welfare provision had serious implications for NGOs at risk of becoming ‘contractors’ of donor agencies rather than monitors of government policy (Agg, 2006). On the back of this power to foreign aid organisations, and government ownership of development policy, NGOs became partners with government, filling gaps in service delivery and community development, and participating in policy making and evaluation.

Violence against children i...