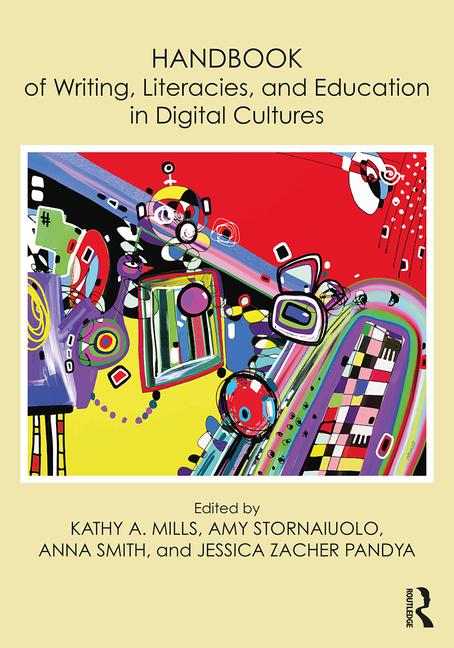 Handbook of Writing, Literacies, and Education in Digital Cultures

A group of nine children are playing Minecraft together during an after-school club. The Minecraft Club, set up by Chris at the request of the children, is a weekly event and it is in its twentieth week. When Chris is asked about Minecraft Club by adults, he tells them that the children are building a community, and to some extent this captures what they do. Anyone flying over Banterbury, as the children recently named it, would spot landmarks that signal a small- to medium-sized town—houses and flats, a library, a graveyard, shops, a theme park, and a zoo. Moreover, if you spoke to the children, what they’d say might sound like emerging folklore: the horse funeral, the mocking tower, the “Room of Doom.” Together the children are conjuring up a new world—their world, one which is becoming ever more substantial. But this cumulative, linear description of what is happening in Minecraft Club belies the richness and complexity of their interactions. While they play in and with the shared virtual world, the boundaries and qualities of this world morph. Building is certainly going on, but there is an emergent, ephemeral nature to what they do, a way of being that can be lost in adult readings of what is produced. And what’s more, the community they are building (and often disrupting) is not just being built on screen—their interactions in the classroom, with the people around them, and the stuff at hand seem just as important to their emergent and ongoing being-together as what they do on screen.