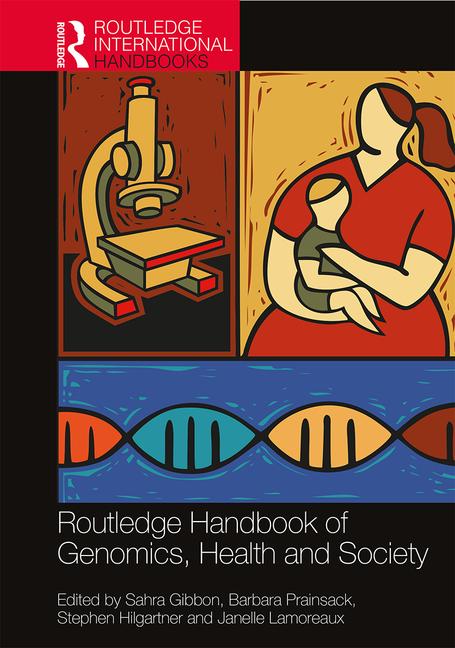 Handbook of Genomics, Health and Society

The role of genomics in society has become ever more entrenched within the last decade. This is partly due to advances in technologies and particularly sequencing tools, which have transformed the act of obtaining an individual’s genetic pedigree from an esoteric, labour-intensive, costly exercise to a largely automated, relatively affordable and mundane practice. It is also a result of the increasing globalisation of DNA-based technologies, which have been picked up by health systems, governments, insurance companies and data analysts all over the world, thus becoming more and more of a platform for international dialogue around understandings of health and disease. Given these developments, it is tempting to think of this historical moment as a “postgenomic” one in the sense that DNA-based tools – and related ideas about human nature and wellbeing – have irrevocably and fully established themselves across cultures and social customs, thus creating a uniform reference point for biomedical practice. And yet, talk of postgenomics can be interpreted very differently. It can indicate the increasing awareness by the public at large (including biomedical researchers and physicians) of how difficult and complex it is to interpret genetic results, and thus to create any generalised understanding of biological process and therapeutic intervention (Richardson and Stevens, 2015) or ways to exploit advances in genomic understanding to effectively target the unique characteristics of individuals and groups (Green and Voigt, 2016). Postgenomics can also be taken to mark the increasingly hegemonic institutional, corporate and regulatory landscapes in which DNA-based technologies are taking root (Peterson 2014, Sunder Rajan, 2017, Murphy, 2017), and the myriad questions surrounding their prominent status within and beyond biomedical and clinical environments around the globe (Bliss, 2017, Reardon, 2017). In short, postgenomics can and arguably should be viewed as marking the tension between the growing entrenchment of genomic practices within medical practices and markets, and the enormous logistical, scientific and moral challenges posed by enacting genomic knowledge and tools across very different medical regimes, skillsets and patients.

Genomics and big data in bi...