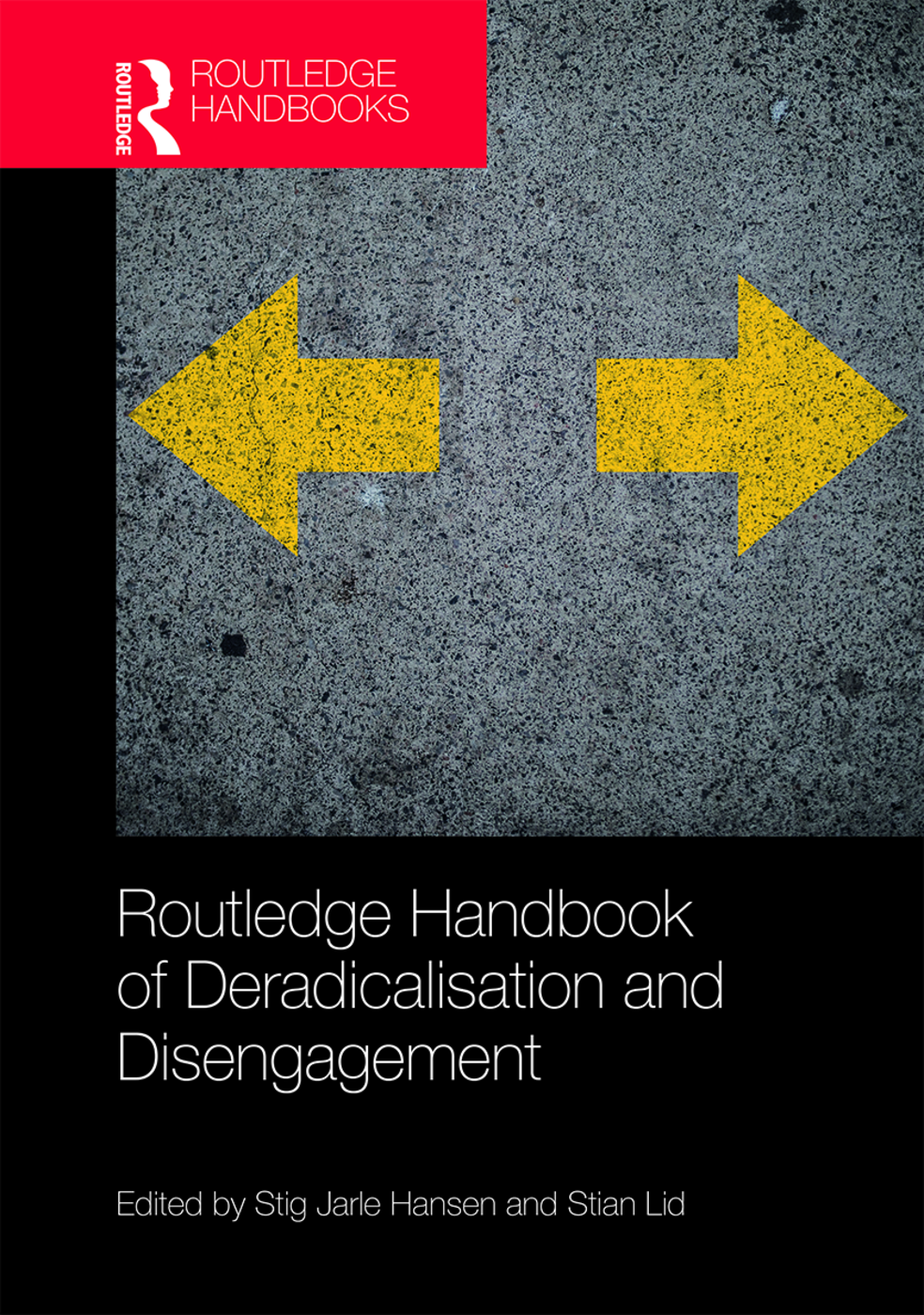 Routledge Handbook of Deradicalisation and Disengagement

‘Deradicalization’ has increasingly become a buzzword in counter-terrorism circles around the world in recent years. Even though research into individual exit processes from violent extremist groups dates back at least to the late 1980s (Aho, 1988), rehabilitation programs for civil war combatants (disarmament, demobilization, reintegration – DDR) have been conducted since 1989 (Muggah, 2005, p. 244) and whole terror groups have disavowed violent means on many occasions in the past (e.g. Ashour, 2009; El-Said, 2012; Ferguson, 2010), the relatively young term ‘deradicalization’ began to emerge and enter the international discourse mainly through Middle Eastern countries’ attempts to use theological debates on terrorist prisoners, aiming to convince them to abandon militant jihadist ideology as a part of the ‘Global War on Terror’ initiated by the United States of America after the September 11 attacks. While state-run programs like those in Yemen (Johnsen, 2006) and Saudia Arabia (Boucek, 2007; El-Said & Barrett, 2012) starting just a few years after 9/11 were pivotal to spread the deradicalization concept into the general public (e.g. Time magazine: Ripley, 2008) and to spark further academic interest (e.g. Bjørgo & Horgan, 2009; Horgan, 2009b; Mullins, 2010; Noricks, 2009), some programs (governmental and non-governmental) in Europe had already been working extensively on diverting right-wing extremists away from violence and terrorism since the mid-1990s (Bjørgo, 1997; Bjørgo & Carlsson, 2005). Very early, though, leading experts have found the ‘lack of conceptual clarity in the emerging discourse on deradicalization striking’ (Bjørgo & Horgan, 2009, p. 3). It seemed that the term was being applied to a wide array of policies and tools with ‘virtually no conceptual development in the area’ (Horgan, 2009b, p. 17). With the outbreak of the Syrian civil war in 2011 and the emergence of terrorist semi-states like the so-called ‘caliphate’ of the terror organization Islamic State in Iraq and Syria (ISIS) (Honig & Yahel, 2017) and the global increase in ‘foreign fighter’ travel movements to unprecedented levels (Hegghammer, 2013), governments around the world have been under pressure to develop and implement various different responses to the perceived threat of returned and radicalized combatants (e.g. Vidino, 2014). In 2014, the United Nations Security Council released Resolution 2178, urging all member states to establish effective rehabilitation measures for returning fighters from Syria and Iraq (UNSC, 2014). Similarly, the revised European Union Counter Terrorism Strategy places strong importance on ‘disengagement and exit strategies’ (EU, 2014, p. 11). Hence, it is fair to say that programs and strategies that could roughly be described as ‘deradicalization’ measures have gained global significance in the fight against terrorism, recruitment into violent extremism and violent radicalization. However, terminology remains unclear and potentially inhibits development in the field, as Altier, Thoroughgood, and Horgan (2014, p. 647) found ‘that existing research remains devoid of conceptual clarity’ with synonymous and inconsistent use of different terms.