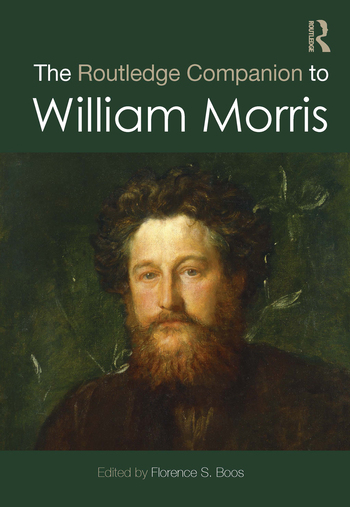 The Routledge Companion to William Morris

In the period between 1871 and 1896, Kelmscott Manor was variously jointly occupied by the designer, writer and socialist, William Morris (1834–1896), the Pre-Raphaelite artist and poet Dante Gabriel Rossetti (1828–1882), the bookseller and publisher Frederick Startridge Ellis (1830–1901), and their circle of friends and family. During the initial three years (1871–1874), the tenure was shared by Morris and Rossetti. It has been previously unacknowledged that the house was originally rented on a one-year trial basis (summer 1871–summer 1872), only subsequently giving way to more entrenched occupancy (Bornand 1977, afterwards WMRD: 63). By September 1872, Rossetti renewed his lapsed lease for another three years (Fredeman et al. 2002–2015, afterwards DGRCC, vol. VI, 2006: 477, no. 74.118). However, after the two men had fallen out, the painter departed in July 1874, never to return, curtailing their joint tenancy. Consequently, Ellis replaced Rossetti, yielding a harmonious arrangement for ten years, until 1884 (Doughty 1928: xiv). The motivation behind the publisher’s withdrawal was most likely dictated by his plans for retirement and relocation to rural Devon as a cure for incipient tuberculosis. Regular travel to Kelmscott would not only become impracticable due to distance, but also unnecessary as Ellis would now have his own “healthy” residence on the coast. Afterwards Morris retained the sole use of the manor until his death on 3 October 1896, having held it for some twenty-five years. Kelmscott was rented alongside a sequence of the Morrises’ permanent homes in and around London—at 26 Queen Square, Bloomsbury (1865–1872), Horrington House, Chiswick (1873–1878) and Kelmscott House, Hammersmith (1878–1897).

William Morris and THE Lite...

News from Nowhere in the Mu...