The Routledge Companion to Landscape Studies

‘I often walk the dog up on the hills and get a good view of everything and that’s an aesthetic experience, yes I think so!’ This is Hans describing his home environment in Romolslia, a housing estate located about 15 km south of the city center of Trondheim, Norway. As with a number of estates in Norway, Romolslia was planned and developed in the late 1960s and early 1970s as a community set in a green, rural landscape. With a mix of tower blocks, lower blocks of flats and row houses, the architect designing the estate ensured a variety of housing options and garden landscapes offering spacious playgrounds and recreational areas. ‘Perfectly planned!’ according to Elina, another resident. John, in a similar vein, holds that, ‘Romolslia is rather unique’, but, then, also stating, ‘that very few know it. People just think this is a dump with tower blocks, single mothers and people living off the welfare system… . It’s like, how do you manage to live there?’ Similar to many other estates, Romolslia had developed a bad reputation by the 1970s. Ingrid is tired of negotiating all the bad press whenever she meets people from other parts of the city, and has considered moving: ‘I really feel that I need to defend something! I feel it quite strongly and this is with me all the time’. Marit, who has lived in Romoslia only for a couple of years, is thus surprised by the degree to which people are settled and happy: ‘I thought people would live here more temporary because it’s so cheap. But people stay, like this is what they have ever dreamt of!’ Åste concurs, ‘this is a good place to live, and I don’t want to move somewhere else’. 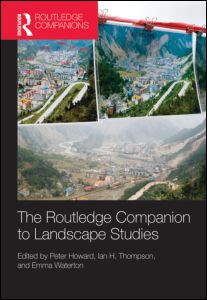 New directions in the liter...