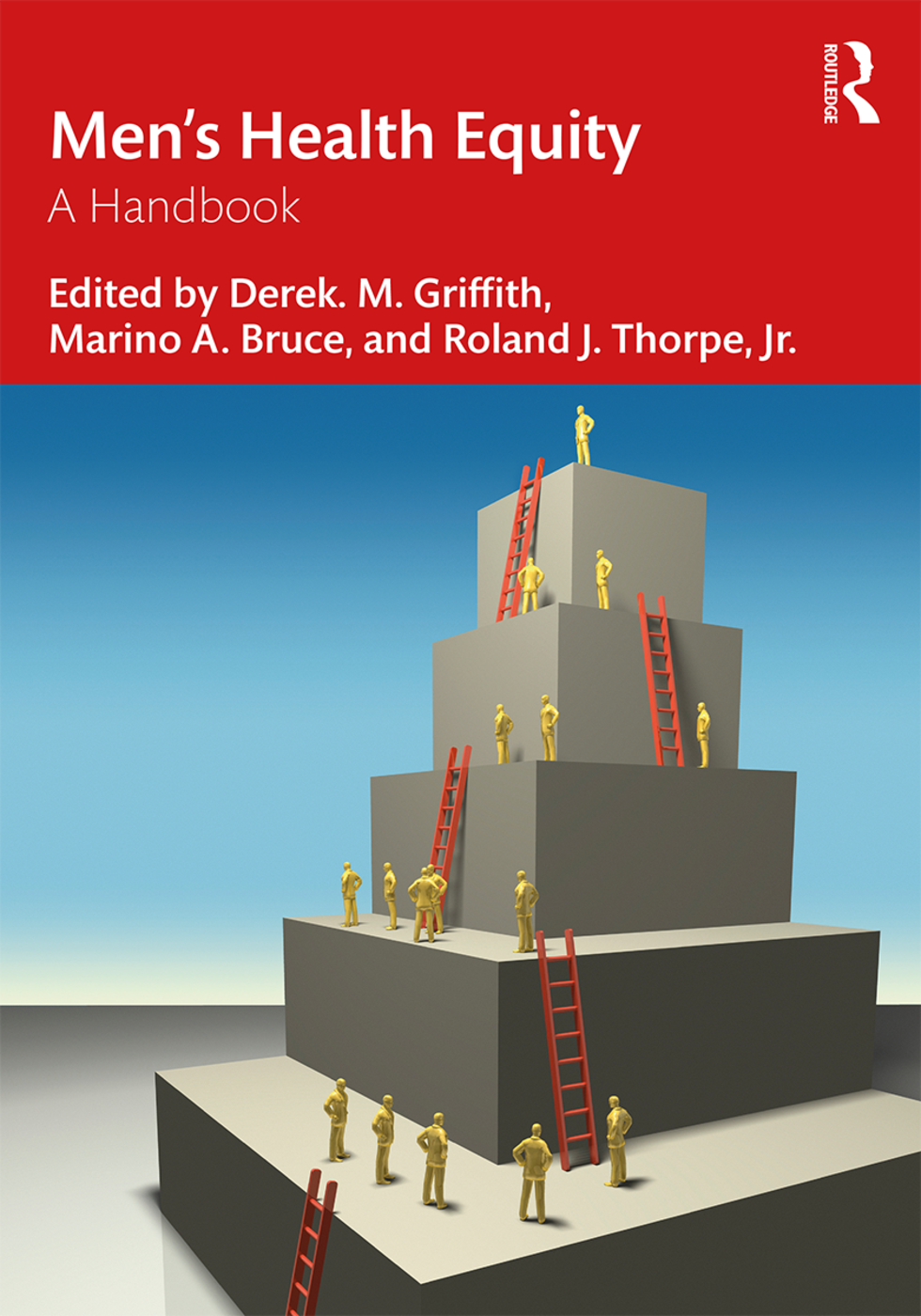 Disparities in health outcomes among men represent a vexing public health problem with no obvious solutions in the near future. This is evidenced by a long history of Black men in the United States exhibiting the shortest life expectancy of any racial/ethnic group of men (Kochanek, Murphy, Xu, & Tejada-Vera, 2016; Thorpe, Wilson-Frederick, et al., 2013; Thorpe, Richard, Bowie, Laveist, & Gaskin, 2013). It is also noteworthy that men from other marginalized populations such as those who belong to low socioeconomic backgrounds; incarcerated men; gay, bisexual, and transgender men; and men who live in rural areas experience higher mortality rates and poorer outcomes across a broad variety of health conditions compared to White men (Griffith & Thorpe, 2016; Robertson, 2007; Thorpe & Halkitis, 2016). Despite these poor health prospects, marginalized men are the group least likely to interact with the health care system (Thorpe & Halkitis, 2016). This is largely because the health and well-being of boys and men represent a complex and multifaceted interaction among individual, behavioral, biological, social, and structural factors that require a life course approach with a focus on incorporating historical and contemporary events and experiences (Halkitis, Kapadia, C. Ompad, & Perez-Figueroa, 2015; Thorpe, Duru, & Hill, 2015). However, there is a paucity of research focusing on understanding the nuisances with which vulnerable groups of men live throughout their life (Thorpe et al., 2015).

The Health of Gay and Bisex...