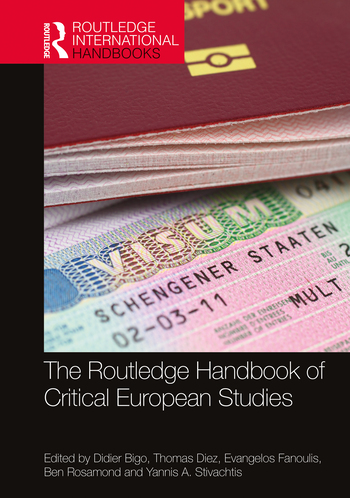 Until very recently, the term “geopolitics” was striking in its complete and utter absence from the lexicon of European institutions, as well as within scholarship in European Studies. As an edited collection from the early 2000s noted in its opening pages, the EU as a geopolitical player “remains largely an ‘unidentified international object’”, with the even more vexed question of “European power” falling into “the gaps within the literature of international political analysis” (Elgström and Smith 2006, 1). Critical geopolitical scholar James Sidaway put it even more succinctly in a 2006 editorial, noting the seemingly insurmountable challenge of deciphering the geopolitical “nature of the (EU) beast” (2006, 4). Even with the appointment in 2009 of a new EU High Representative for Foreign Affairs and Security Policy, and the creation of the European External Action Service (EEAS), scholars remained doubtful whether the EU could develop a distinct “geopolitical persona”. As political geographer Merje Kuus (2010, 381) noted at that moment, while the creation of the EEAS signalled the emergence of “a European diplomatic culture and the operation of the Union as a (geo)political subject”, it was entirely unclear how effective the Service could be in crafting a single “European” geopolitical vision and praxis. The EEAS reflected, in many ways, the strange nature of the EU geopolitical beast. The Service was to be

independent, but accountable to the Council, the Commission, and the Parliament, with its own headquarters, budget, and staff, but its diplomats are to be either seconded or transferred from the Commission, the Council Secretariat, and the member states' diplomatic services. The EEAS's geographic and thematic desks are to manage the Union's external relations, except in enlargement, trade, and development. The agency's relationship with national foreign ministries is to be complementary because EU foreign policy is supposedly agreed upon by the member states, but nobody really believes this.