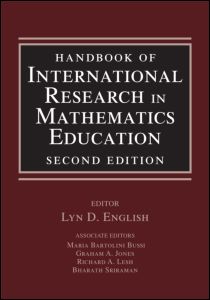 Since the end of the 19th century, mathematics educators have made use of the history of mathematics in a variety of ways (Cajori, 1894; Zeuthen, 1902.) For instance, the history of mathematics has been used as a powerful tool to counter teachers’ and students’ widespread perception that mathematical truths and methods have never been disputed. The biographies of several mathematicians have been a source of motivation for students. By stressing how certain mathematical theories flourished in various countries, the diverse contributions of many cultures to contemporary mathematics become evident. Specialized study groups have emerged in the past years in educational circles. Two of these are the Commission INTERIREM Épistémologie et Histoire des Mathématiques in France, and the International Study Group on the Relations between the History and Pedagogy of Mathematics (HPM), which is an affiliate of the International Commission on Mathematical Instruction (ICMI). In addition, regular conferences are organized, such as the European Summer Universities on the History and the Epistemology in Mathematics Education (for proceedings see Lalande, Jaboeuf, & Nouazé, 1995; Lagarto, Vieira, & Veloso, 1996; Radelet-de-Grave, & Brichard, 2001; Furinghetti, Kaijser, & Tzanakis, 2006). Concomitantly, an important number of books are now available to help teachers use the history of mathematics (e.g., Bekken, & Mosvold, 2003; Calinger, 1996; Chabert, Barbin, Guillemot, Michel-Pajus, Borowczyk, Djebbar, & Martzloff, 1994; Dhombres, Dahan-Dalmedico, Bkouche, Houzel, & Guillemot, 1987; Fauvel, & van Maanen, 2000; Katz, 2000; Reimer, & Reimer, 1995; Swetz, Fauvel, Bekken, Johansson, & Katz, 1995). Journals of mathematics education have published special issues on history in mathematics teaching (e.g., For the Learning of Mathematics, Mathematics in School, Mathematics Teacher, Mediterranean Journal for Research in Mathematics Education, Educational Studies in Mathematics).

Setting an agenda for inter...

Teacher knowledge and under...