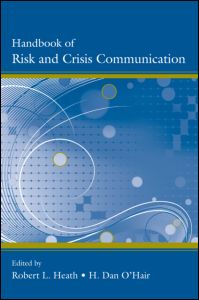 The Precautionary Principle and Risk Communication

Handbook of Risk and Crisis Communication

Often described as little more than a formalization of the homilies “better safe than sorry”, “look before you leap”, and “an ounce of prevention is worth a pound of cure”, the precautionary principle is an increasingly prominent feature of contemporary risk management. A guide for decision making about risks—and inevitably, therefore, about risk-generating activities and technologies—in a context of scientific uncertainty, the precautionary principle’s conceptual origins have been traced to the Vorsorgeprinzip, or “foresight” principle, which emerged in West German environmental law in the 1970s (Freestone, 1991; O’Riordan & Jordan, 1995; Freestone & Hey, 1996; Trouwborst, 2002; de Sadeleer, 2002). Internationally, a recognizable formulation of the principle can be found as early as the 1984 and 1987 Declarations of the International Conferences on the Protection of the North Sea (Freestone, 1991; McIntyre & Mosedale, 1997), and precaution has since been incorporated into numerous international conventions addressing a wide range of environmental risks,1 as well as into international trade law.2 Principle 15 of the 1992 Rio Declaration on Environment and Development (UNCED, 1992) represents one of the most commonly cited formulations of precaution:

In order to protect the environment, the precautionary approach shall be widely applied by States according to their capabilities. Where there are threats of serious or irreversible damage, lack of full scientific certainty shall not be used as a reason for postponing cost-effective measures to prevent environmental degradation.

The precautionary principle’s influence ranges from global to local policy contexts. Article 174 of the Treaty establishing the European Community, for instance, stipulates that environmental policy be based on precaution.3 Some municipalities are also implementing the precautionary principle, such as San Francisco which adopted it as city and county policy in 2003. And even some business organizations have begun to embrace precaution, as with those firms participating in the United Nations’ “Global Compact” corporate social responsibility initiative, Principle 7 of which states: “Business should support a precautionary approach to environmental challenges”.
Cite