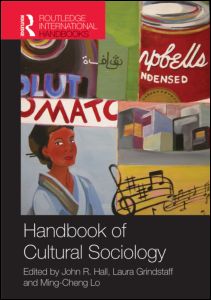 From subtraction to multiplicity

From its inception, sociology has been engaged with questions concerning the relationships between morality, religion, and the modern condition. Such questions are central to the sociologies of Durkheim and Weber as well as prominent contemporary scholars like Robert Bellah, Peter Berger, Zygmunt Bauman, and Robert Putnam. Despite the diversity of ideas within this long tradition of theorizing modern moral and religious life, both classical and contemporary accounts have largely been organized within a narrative of moral decline. It is a narrative of crisis and loss, a story with a rather tragic plotline. This story has been told, in various ways, by some of sociology’s most eminent voices. It is a story that goes something like this:

Once upon a time, in a social world far, far away, human beings lived under the yoke of moral orders. People lived short, hard lives working under the authority of various monarchs, feudal lords, and religious authorities. Literacy rates were low. Disease and morbidity rates were high. All social statuses were ascribed. Yet, despite all this, moral life flourished. People lived in close, integrated communities. They acted out of a sense of duty, obligation, and honor with regard to those around them. Steeped in a moral order based on rigid hierarchy and unwavering belief in a common religious culture, people knew where they stood in relation to what was good and valuable in life. There were no grand quests for meaning, no existential crises, no need for psychotherapists or guidance counselors. People lived their lives as characters in well-worn scripts. The good life was already spelled out; one only had to live out the script one’s betters and one’s gods had written.

But then modernity brought profound changes unsettling everything people thought they knew about ethical and religious life. Capitalism replaced an agrarian economy with urban industry, alienating people from the land and the substantive value of their labor. Differentiation between church, state, home, and market stretched and strained the well-woven social fabric, leading to more individual freedom but also breeding feelings of anomie, narcissism, and distrust. Science and rationality disenchanted the world and reduced belief in the gods to superstition. As people turned away from their gods and toward their own powers of reason, they gave up any sense of moral obligation beyond their own needs, wants, and desires.