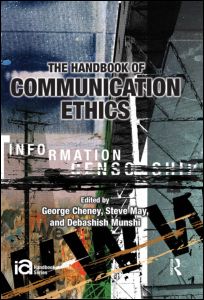 Science, Democracy, and the Prospect for Deliberation

The Handbook of Communication Ethics

Recent years have seen renewed interest in deliberative democracy. 1 Bill Keith’s special edition of Rhetoric and Public Affairs (Keith, 2002) with its essays by scholars from communication, political science, history, and sociology exemplifies this interest as does the Bryan Garsten’s Saving Persuasion: A Defense of Rhetoric and Judgment (2006) and Keith’s book, Democracy and Discussion: Civic Education and the American Forum Movement (2007). These and other publications manifest the hope that deliberation will play an enhanced role in contemporary political culture and the anxiety that deliberative democracy is threatened by a combination of technical reason and government by opinion poll. One arena in which the role of deliberation is being contested and defined in scholarship, and in everyday decisions—from the products we buy to the medical procedures or drugs we accept or question, to environmental regulations—is science. Steve Fuller has analyzed philosophic, sociological, and rhetorical issues central to science and democracy in several volumes (Fuller, 2000a, 2000b; Fuller & Collier, 2004). Philip Kitcher examines the terms of engagement between science and democracy in Science, Truth and Democracy (2001) while R. H. Brown, one of the authors in the Rhetoric and Public Affairs (2002) volume, in Toward a Democratic Science (1998) casts the eye of a sociologist and rhetorical theorist on the interplay between scientific and cultural narratives. In Politics of Nature: How to Bring the Sciences into Democracy (2004) Bruno Latour develops an environmentally informed philosophy, politics, and ethics of science. As though placing themes from Fuller, Kitcher, Brown, and Latour in a pedagogic setting, Michael J. Zerbe’s Composition and the Rhetoric of Science: Engaging the Dominant Discourse (2007), proposes a freshman writing course focused on actual science texts and semipopular accounts of science. Supporting all of these themes, Sheila Jasanoff in States of Knowledge: The Co-Production of Science and Culture (2004) and in, Designs on Nature: Science and Democracy in Europe and the United States (2005), examines how the historical character of science and the cultural specificity of science policy challenge Enlightenment notions of the unity and unique authority of science.

Communication Ethics and Or...