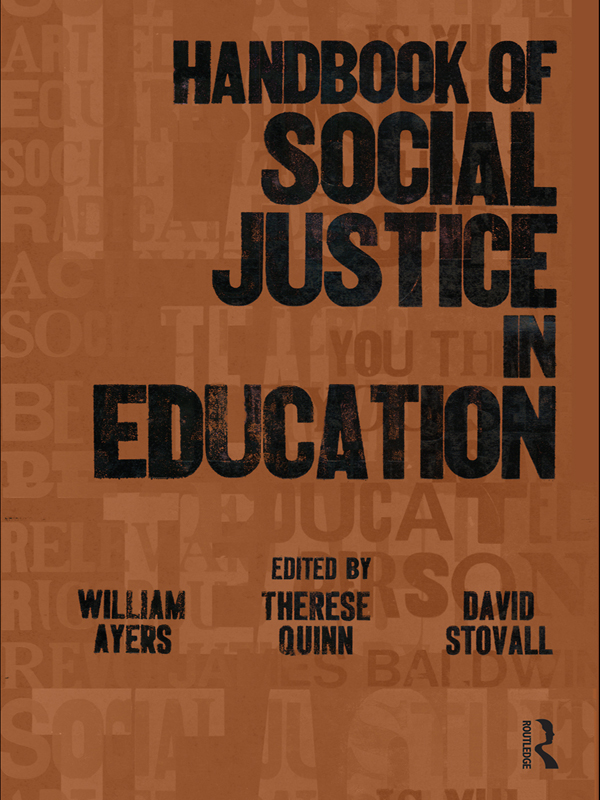 Beyond the Justice of the Market

Handbook of Social Justice in Education

What public education should be for and how it should be organized has been contested from its inception. One of the central debates has been over whether education is primarily a means to increase the nation’s economic productivity or to develop well-rounded democratic citizens. In the early 1900s, some educators built on Frederick Winslow Taylor’s (1911) publications on “scientific management,” which promoted efficiency in the workplace through standardization, accountability, rewards, and punishments (Kanigel, 2005). For example, David Snedden, an influential Commissioner of Education, built explicitly on Taylor’s ideas and reconceived education to aid “the economy to function as efficiently as possible” (Wirth, 1977, p. 163). For Snedden, schools should not only serve corporate interests but also be organized like factories; both literally and figuratively—what was good for business was good for education. Snedden, in “Education for a World of Team Players and Team Workers” (1924), compared society to a crew on a submarine, with a commander, a few officers, and numerous subordinates, and asserted that schools should prepare a few students to be leaders, while training the vast majority “to follow.” Fortunately, stated Snedden, deciding which students to select as leaders only required knowing students’ “probable destinies,” which coincided with students’ gender, race, and class. A few white males would be tracked into leadership positions; the rest were consigned to subordinate roles. Schools were to be assessed on how much they contributed to economic growth and not on whether they promoted economic equality or critical citizenship. A democratic society was one in which leaders made decisions that others accepted uncritically. Social justice was achieved when everyone was prepared for and accepted his or her “proper” place.