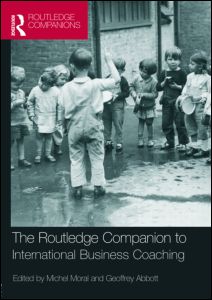 A powerful yet under-utilized intervention

Organizational growth is generally considered by companies to be necessary for survival in the global marketplace. While there are various ways that growth can occur (organic, alliance, merger, acquisition), the most common method is by way of a merger or acquisition (noting that many so-called ‘mergers’ usually have a dominant partner). This chapter makes a case for the use of executive coaching as a way of enhancing and managing the challenges through the various phases of mergers and acquisitions (M&As). There are four characteristics of M&As which have implications for the applicability of coaching services:

The M&A environment is typically fast-paced and highly pressured;

Each M&A is different;

The people who set up and ‘sign off’ on M&A deals are usually not the ones who have to make them work; and

M&As invariably don’t meet the expectations of those who engage in them.

Currently, the use of coaching in M&As is haphazard and most likely to occur in the ‘mopping up’ process when the pain meter in the new organization is in the red zone. Coaching is not often used in supporting the early stages of the M&A process, probably due to the pace of the process and also because the deal-making is often shrouded in secrecy. Also, it may be that coaches are not presenting as (or perceived as) being able to add value in such an environment where financial and business savvy are valued over the ‘soft science’ practices generally associated with coaching. Coaches are advised to give attention to playing different and appropriate roles through separate phases of the deals, accepting that most of the work that they do is likely to be in the final stage; that of post-deal integration. Also, if they want to be involved in the early stages, they need to have strong credentials in the M&A field and have established very high levels of trust with the players. If they are not M&A practitioners, they might also give attention to aligning with M&A consultancy specialists who have complementary skills.
Cite