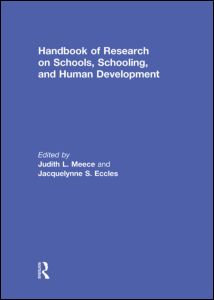 Literacy Development in the Transition to School

Handbook of Research on Schools, Schooling, and Human Development

Several recent trends in contemporary research on literacy have converged on the process of school transition. First, it is now clear that meaningful individual differences in important language, cognitive, literacy, and social skills appear before children begin formal schooling in kindergarten or first grade (Morrison, Bachman, & Connor, 2005; Shonkoff & Phillips, 2000). Second, children’s success or failure is influenced by a number of factors in the child, family, preschool, and larger sociocultural context (National Institute of Child Health and Development [NICHD] Early Childcare Research Network [ECCRN], 2004). Third, these influences do not operate independently, but interact to shape children’s variable trajectories (Storch & Whitehurst, 2002). Finally, the early schooling experiences of American children are also highly variable, in some cases magnifying the differences in skills found among children prior to school entry (NICHD-ECCRN, 2002b, 2005; Pianta, Paro, Payne, Cox, & Bradley, 2002). The cumulative impact of these ongoing trends has been to focus attention on the process of school transition as a unique and important milestone in the academic development of children and as a foundational experience for early school success.

The Transition to School in...

Individual and Contextual I...

Schools as a Context of Hum...