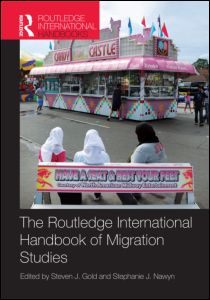 Immigration studies has grown vastly in the last 30 years, but glance at the principal journals and publications in the United States, and immediately you get it: gender is still ghettoized in immigration scholarship. Basic concepts like gender, sex, power, privilege, sexual discrimination, and intersectionalities are regularly absent from the vocabulary and the study designs. The cottage industries of segmented assimilation, transnationalism, and citizenship—with a few significant exceptions—remain like hermetically sealed steam trains from another century, chugging along oblivious to developments in gender scholarship of the last 30 years. I went through all of the recent issues of the International Migration Review, the premier social science journal in this field, and I found that in 2007, 2008, and 2009, there were a total of seven articles with “women” or “gender” in the title. In 2006, there were none except those included in a special issue on gender. Why is that? Gender remains one of the fundamental social relations that anchors and impacts immigration patterns, including labor migration as well as professional class migrations and refugee movements. Gender is deeply implicated in imperialist, military, and colonial conquests, which are widely recognized as the roots of global international migration flows. Once immigration movements begin, they take form in markedly gendered ways. In addition, immigration processes bring about life-impacting changes, de-stabilizing and remodeling the gendered way daily life is lived.

Immigration and the welfare...