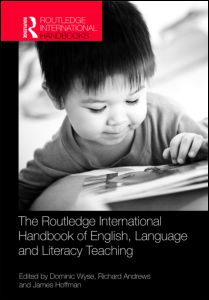 The Routledge International Handbook of English, Language and Literacy Teaching

Cf. for example Encyclopædia Britannica online which also refers to some authorities who argue for the inclusion of Finland as well as Iceland and the Faroe Islands on various grounds. http://britannica.comaccessed 13 March 2009. It has, in some cases, been necessary to generalize and exclude minor differences between the Scandinavian countries.

For the purpose of the present chapter, the narrow sense of the term will be used, the most important reason being that the national languages of these countries, Danish, Norwegian and Swedish, are closely related, and actually mutually intelligible, so that the linguistic conditions for the learning and use of English in these communities may be comparable. 2 2

This does not, however, apply to minority populations with a Sami language as mother tongue in Norway and Sweden. The Sami language has official status in some parts of Norway and is recognized as a minority language in some municipalities in Sweden. http://en.wikipedia.org\wiki\Sami_languages accessed 13 March 2009.

These three languages are, in fact, often considered to be dialects of the same language. The languages in Scandinavia are used by approximately 19 million mother tongue speakers. Thus from an international, comparative point of view they are ‘small’ languages.
Cite

A Tale of the Two Special A...

An outward, inward, and sch...