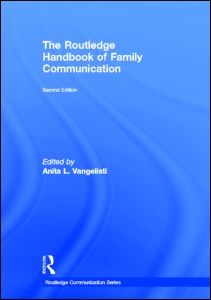 The Routledge Handbook of Family Communication

There can be no doubt that parenthood produces changes in the lives of mothers and fathers. New parents become true experts on things like strollers, car seats, bottles, diapers, and late night feedings. Not only does everyday life change for mothers and fathers as they add more tasks to their seemingly full list of family chores, the activities that make up their marital relationship change. The transformations in a couple's lifestyle, particularly the changing climate of their marital relationship, have sparked much scholarly debate. Historically, academic writing concerned with the introduction of a baby into a family emphasized its strong negative impact (although occasionally a researcher such as Russell, 1974, would come forward to propose that parenthood brings forth compensating gratifications). LeMasters’ (1957) classic article declared that new fathers and mothers were unprepared for and overwhelmed by the “crisis” accompanying the arrival of a child. His thesis aroused strong public interest in this issue. Almost a dozen years later, as LeMasters (1970) noted, his conclusion continued to be put forth in national magazines and major newspapers. Longitudinal studies initiated in the early 1980s, however, began to create cracks in this monolithic negative view of the impact of parenthood on marriage. As scholars examined correlates of the direction and extent of change in satisfaction following the birth of a child, they increasingly recognized that parenthood may enhance, undermine, or have little effect on other marriages (Lawrence, Rothman, Cobb, Rothman, & Bradbury, 2008; Shapiro, Gottman & Carrere, 2000; Twenge, Campbell, and Foster, 2003).

The Family Relationships of...