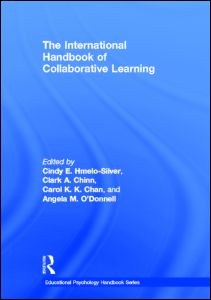 Multilevel Analysis for the Analysis of Collaborative Learning

The International Handbook of Collaborative Learning

In a recent article “the widespread and increasing use” of collaborative learning (CL) has been called a “success story” (Cress & Hesse, chapter 5 this volume; Johnson & Johnson, 2009, p. 365). The study of CL has a long tradition, which has led to the publication of many studies which have examined the effects of CL on a range of dependent variables, such as student achievement (e.g., Nichols, 1996), time on task (e.g., Klein & Pridemore, 1992), motivation (e.g., Saleh, Lazonder, & De Jong, 2005), and use of metacognitive strategies (e.g., Mevarech & Kramarski, 2003). Johnson and Johnson (2009) identified over 1,200 studies comparing the relative effects of CL on, for example, individual learning. This line of research has become known as effect-oriented research because of its focus on the effects of CL (Dillenbourg, Baker, Blaye, & O’Malley, 1996; Van der Linden, Erkens, Schmidt, & Renshaw, 2000).