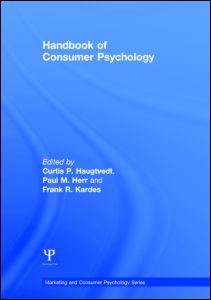 As the population of the United States grows ever more diverse, the body of research from the field of consumer psychology faces some of the same challenges faced in other fields such as educational or counseling psychology, social psychology, and psychiatry (Markus, 2005; Helms, 2005). That is, our knowledge base reflects what we know about White, European Americans, with very few studies providing an understanding of people from diverse populations. For example, in the field of psychiatry, researchers reviewed the best available studies of psychiatric drugs for various disorders and found that just 8% of the patients studied were minorities, with many studies having no representation of minorities at all. For those that did, generally the numbers were too small to tell doctors anything meaningful (Vedantam, 2005). Such a dearth in research can be deadly given the proven differences in impact of certain drugs on certain populations. There are even drugs that have been introduced and targeted to particular populations. Similarly for consumer psychology, for the most part, our knowledge is mainly about White, Anglo European, heterosexual, middle income and above, fairly educated, males. What Pollay (1986) has argued about advertising also is reflective of consumer psychology, namely, “while it may be true that advertising reflects cultural values, it does so on a very selective basis, echoing and reinforcing certain attitudes, behaviors, and values far more frequently than others” (p. 33). A similar expression that further drives home this point is from the book Race and Ethnicity in Research Methods (Stanfield & Dennis, 1993): “Too many studies are published claiming to be ‘American studies’ that are rooted in white populations and samples, with, perhaps, short notes explaining the reasons for excluding people of color, whose presence would just complicate the analysis” (p. 27).