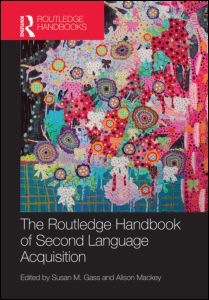 Authored by: Patricia A. Duff

The processes of learning an additional language and the experiences and backgrounds of language learners have been conceptualized in various ways since the field of second language acquisition (SLA) was established. Each descriptor related to language learners has foregrounded certain aspects of their lives, their abilities, their identities and aspirations, and has also reflected certain theoretical assumptions about SLA historically. In SLA theory and practice in recent decades, for example, language learners have been described using the following terms: interlanguage speakers, fossilized second language (L2) users, immigrants, limited (English) proficient speakers, refugees, non-native speakers, heritage-language learners, Generation 1.5 learners. These terms and many others like them, typically chosen by researchers or institutions rather than by learners (research participants) themselves, often convey incomplete processes and outcomes of learning and acculturation. In contrast, the terms bilinguals, multilinguals, advanced L2 users (not “learners”), multicompetent speakers, or lingua franca speakers/users, to provide just a few alternatives, depict the same individuals, the larger social groups they belong to, and their dispositions and accomplishments—such as their attained L2 or L3 proficiency—quite differently.