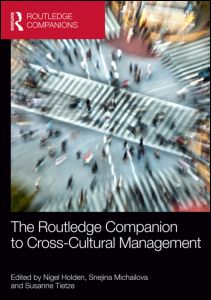 Past and present paradigms and suggestions for future research

The Routledge Companion to Cross-Cultural Management

To set the scene, we will start by providing a compact overview of the emergence and further development of international business studies. Shenkar (2004) suggests that initial theory in international business owed much to context-sensitive academic disciplines such as anthropology, sociology, political science and area studies. We posit that only shortly afterwards, however, international business research established itself by seeking legitimacy through emulating the “hard disciplines” of international economics and subsequently strategy, a discipline that itself was heavily influenced by economics. As such, its main concern became to produce mostly quantitative, generalizable results on the narrow basis of concepts and paradigms from economics-based strategy and largely irrespective of contextual specificities. This is in our view all the more deplorable as international business scholars should possess the strongest competitive advantage to unearth valuable context-embedded insights (Brannen & Doz, 2010), given that they are “more knowledgeable about foreign and international environments and about ‘cross-bordering’” (Boddewyn, 1999: 13). Yet, with the understanding that international economic activities can only be fully understood by considering human behavior, a significant number of scholars shifted their attention from economics-based to human-centered, psychology-based research (Evans et al., 2002). It was also increasingly understood that societal context, and in particular culture, was of relevance and therefore had to be included in the study of international business phenomena. As a result, the dominating research paradigm shifted from a “culture-free” orthodoxy (Lammers & Hickson, 1979) to what we call a “culture-inclusive” paradigm. These developments, we argue, provided a fertile ground from which cross-cultural management studies gradually emerged in the 1980s, joining strategy as a second pillar of international business (Brannen & Doz, 2010). A further powerful stimulus proved to be one particular development in the world economy: the rise of the Japanese economy in the 1980s and the painful realization for Western business people and business scholars that economic success could be achieved on the basis of management principles that were very different from those common in the West (Ouchi, 1981).