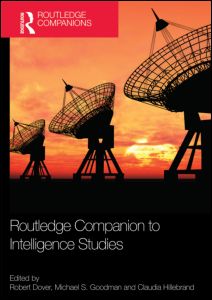 You may not know what it is or what it does, but measurement and signature intelligence (MASINT) has been around for decades; you just probably never recognised it as such. Here are a few examples demonstrating the importance of MASINT during the Cold War era:

Through much of the Cold War, a pair of AN/FPS-17 long-range surveillance radars at Pirinclik, Turkey, and Shemya Island, Alaska, were among the most important sources available to the US intelligence community for reliable information on the performance characteristics of new Soviet ballistic missiles being tested from the Kapustin Yar and Tyuratam missile test centres, such as the missile's speed, thrust, trajectory, acceleration, course and altitude. These radars also proved to be an important means of also detecting and tracking Soviet manned and unmanned space launches from Tyuratam (Zabetakis and Peterson 1964).

During the 1962 Cuban Missile Crisis, the US Navy put modified Geiger counters on helicopters and flew them over the Soviet merchant ships coming in and out of Cuba in an attempt to determine if any of these ships were carrying nuclear weapons (GMAIC/JAEIC/NPIC 1962).

In the 1960s the US Air Force secretly installed long-range surveillance radar inside a radome at Tempelhof airfield in West Berlin, which gave the US intelligence community complete coverage of all Soviet and Warsaw Pact military and civil flight activity over East Germany, as well as western Poland and parts of northern Czechoslovakia. The data from the Tempelhof radar was of enormous importance in the months leading up to the Soviet invasion of Czechoslovakia on 20 August 1968, picking up a dramatic increase in Soviet Air Force flight activity in East Germany and western Poland as early as 20 June 1968 (COM 1968).

At the height of the 1973 Middle East War crisis, a US Navy clandestine intelligence unit in Istanbul, Turkey set off alarm bells across Washington, DC, when it reported that its nuclear intelligence (NUCINT) sensors had detected what were believed to be nuclear weapons in the hold of a Soviet merchant ship that was steaming through the Dardanelles bound for Alexandria, Egypt (CIA 1973).

The first, and perhaps the only, time that MASINT was utilised to its fullest potential and with any degree of coherency was during Operations Desert Shield/Desert Storm in 1990–91, when a wide-range of MASINT sensors provided timely and critically important intelligence information about Iraq's nuclear, chemical, and biological warfare activities, as well as Scud ballistic missile launch activities. For example, during Operation Desert Storm, DSP satellites successfully detected all 88 Iraqi Scud launches and were able to provide approximate locations for the launchers (Chapman 1997: 19).