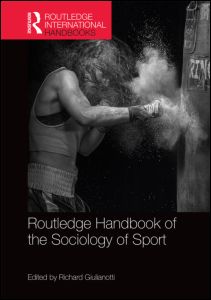 Sport and the Body

Routledge Handbook of the Sociology of Sport

The body has been of major interest to social scientists for more than two decades. Dovetailing Brian Turner’s (1984) seminal text The Body & Society, sport sociologists were awakened to the need to include examinations of the body in their research agendas. For example, in their influential article, Loy, Andrews, and Rinehart (1993) called for bringing the body into the sociology of sport. Almost a decade later, Cole reviewed the state of body studies in the sociology of sport. Somewhat contrary to Loy, Andrews, and Rinehart (1993), Cole (2000) argued that the body has, in fact, appeared in social science research, including sport sociology, for some length of time despite the perception of its absence. This type of research demonstrated how the normalization of desirable bodies was part of the stabilization of the modern state. Against the construction of the normalized body, there was also literature that focused on the destabilizing effect of deviant bodies. For example, consumer culture normalized, but also produced, ‘transcendent’ celebrity bodies. Cole further referred to the increasing prominence of the commodified fitness industry that, by its individualized focus on body shaping, served to depoliticize feminist concerns over women’s oppression through an excessive focus on appearance. Cole’s review concluded with a concern regarding the absence of ‘corporeality’ – the muscles, nerves, genes, and blood – in favour of abstract thought, structures, and power, in the social analysis of the body.

Introduction to Part One