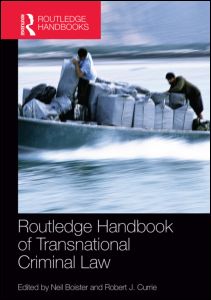 The dumping of pollution as a transnational crime

‘Dumping’ is one of those terms prone to confusion because it has ordinary and technical meanings. In layman’s usage, dumping can mean ‘throwing, discarding, disposing, depositing, or discharging,’ which makes it easily correspond with pollution per se, itself basically an act of discharge. It is thus easy to think that ‘dumping’ might be synonymous with ‘pollution,’ if one were totally unfamiliar with the term. At the same time, ‘dumping’ has also been used to refer to very specific acts of pollution in recent international agreements such as the London Protocol, 1 1

which uses the term particularly to refer inter alia to the disposal, storage, or abandonment of wastes and other matter into the sea by ships, aircraft, and offshore platforms. 2 2

These activities, however, are entirely different from that involved in ‘dumping’ in international trade parlance, which uses the term to refer to the practice of an exporting State of under-pricing its goods in order to unfairly compete with similar goods of the importing State. 3 3

Yet, ‘dumping’ has also sometimes been used to refer to the trans-boundary shipment of wastes, including toxic or hazardous materials, so that one State can export its pollution to another State. 4 4