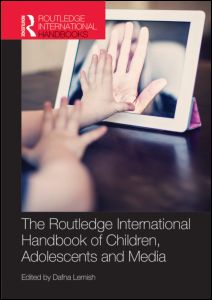 Media Culture and Childhood in the age of Globalization

The Routledge International Handbook of Children, Adolescents and Media

Children are living today in the age of “globalization,” a ubiquitous term that has as many definitions as there are proliferating programs and disciplines in the academy. Anthropologist Appadurai’s vision of globalization as an interactive matrix of economic, political, historical, and cultural relations or “scapes” that illuminate “disjuncture and difference” rather than linear, unitary, or singular domination has had a significant impact on many scholars of media globalization. According to Appadurai (1996), in an era when the global geopolitical order is characterized by criss-crossing and morphing hierarchies of power that travel within and across territorial borders, the new global cultural economy has to be envisioned as a complex, overlapping, disjunctive order, which does not conform easily to existing center-periphery models. Appadurai’s normative framework for investigating globalization proposes five dimensions of global flows: 1) ethnoscapes, the continuous and shifting traffic in people who migrate and move for a multitude of reasons 2) technoscapes, the technologies that facilitate the rapid transfer of information across previously impermeable borders 3) financescapes, the global grid of economic institutions, commodities, currency speculation, and capital transfer 4) mediascapes, the infrastructure and repertoire of popular culture and news narratives that both connect and fragment audiences and 5) ideoscapes, ideologies of corporations, states, religions, and social movements that feed into, sustain, and challenge various political cultures. Appadurai stresses that globalizing and localizing processes, or various forms of global homogenization and local heterogenization, feed into and reinforce each other rather than act in a mutually exclusive fashion, and hence he calls for more research on the complex cultural production of different localities (1996). Among media scholars, Tomlinson (1999) defines globalization as the complex connectivity and integration of work and consumer modalities in modern social life in the midst of rapidly developing and ever more intricate social and economic networks of interconnections and interdependencies.

The Co-Construction of Medi...