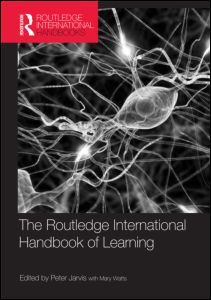 The Routledge International Handbook of Learning

Culture plays an important role in the manner in which people learn and specifically how students learn in schools and colleges. It influences the learning of other languages, pronunciation, sentence pattern and conversations. It influences the pitch of the voice during one-to-one talk, even while sitting around a table. It also influences whether to learn individually or in groups. ‘Amid rapid globalization and the spread of information and communication systems, the millennia-old cultural traditions, religious beliefs and social structures that shaped societies continue to influence education and the way people learn and behave.’ (UNESCO, 2010: 1). India is the largest democracy of the world. It is the second largest populated country of the world. It is a world in miniature. It is a large nation. It has 35 States and Union territories. It is a multilingual nation. It is reported that India has 418 languages, out of which 417 are living. The Indian constitution recognises the following languages: Assamese, Bengali, Bodo, Dogri, Gujarati, Hindi, Kannada, Kashmiri, Maithili, Malayalam, Manipuri, Marathi, Nepali, Oriya, Punjabi, Sanskrit, Santhali, Sindhi, Tamil, Telugu and Urdu. Hindi is the most spoken language in many States. Many States use English as the official language. Hindi and English are the national-level official languages. The national government agencies produce textbooks in English and Hindi. States not using Hindi or English as their official language produce textbooks in their State language. Indian culture is an example of unity in diversity. India has a sizeable percentage of indigenous population. They are known as scheduled tribes. Essential characteristics of the scheduled tribe communities are: primitive traits, geographical isolation, distinct culture, shyness of contact with the community at large and economical backwardness. As per the Ministry of Tribal Affairs (MTA, 2010) and as per the census report of 2001, tribals constitute 8.2% of the total population and live in nearly 15% of the country's areas. Groups vary in stages of development. At the national level, there are nearly 700 scheduled tribes. Among the States, Orissa State has 62 tribes, the maximum number in any State. ‘More than half the Scheduled tribe population is concentrated in the States of Madhya Pradesh, Chhattisgarh, Maharashtra, Orissa, Jharkhand and Gujarat’ (MTA, 2010: 22). In comparison to non-tribals, tribals are more simple and sincere. They are generally believers in supernatural beings and are victims of superstition and at times of exploitation by persons from non-tribal communities. Diversity has allowed various strains.

Learning and the Senses

Perspectives on Geography a...