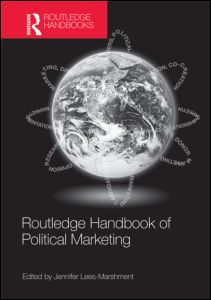 For most people interaction with political leaders is not physically experienced. It is largely at a distance and mediated, generally through news and internet channels, but also through forms of advertising and by the opinions of others. While it would be ideal for every citizen to have a one-on-one relationship with their leader, this is difficult in contemporary politics. The greater the physical distance between an incumbent or aspiring head of government and others, the more likely it is that people’s experiences of political leadership are influenced by what they see, hear and read about a political leader. How do people translate the messages they see, hear and read into attributes that enable them to form a judgment about a political leader? Bean and Mughan (1989: 1176) point to people receiving stimuli that trigger pre-existing mental images or schema of ‘what a leader should be like’. To arrive at these schema ‘voters abstract from their experience of past [leaders] those features and behaviors they associate with political success, and then evaluate other candidates with respect to these same characteristics’ (Miller et al. 1986: 535). Leadership characteristics that have been found to matter to voters include effectiveness, trustworthiness, strength in leadership, attractiveness, likability, integrity, reliability, listening to reason, caring, sticking to principle and competence (Banducci 2002; Ballew and Todorov 2007; Bean 1992; Bean and Mughan 1989; Leathers and Eaves 2008; McAllister and Bean 2006; Miller et al. 1986). What is not widely understood, however, is how citizens arrive at assessments of competence or trustworthiness, for example, when so much of the stimuli they receive about a political leader or potential leader are messages about the state of their marriage, what brand of clothing they wear, or whether they cook and clean at home – personal, often trivial, information that on the surface has very little direct relevance to the qualities of leadership that matter. This chapter combines recent shifts in leadership theory with relationship marketing theory and research into nonverbal behavior and political persuasion to contextualize the importance of the leader image, defined here as the mediated presentation of a political party leader or leadership candidate. It offers a social interaction framework to contextualize how media audiences translate what is being observed in a leader image into a leadership judgment. The chapter proposes that leader image is fundamental to the offer, exercise and acceptance of political leadership in today’s political environment.

The politics of hope