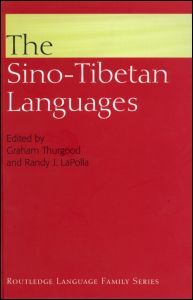 Nepāl Bhāśā (Kathmandu Newar), spoken by approximately 690,000 speakers, is the language of the Newars of the Kathmandu Valley of Nepal (Kansakar 1997). The term Nepāl Bhāśā and the colloquial term /newa bhæ:/ are the traditional Newar terms, although Western and Newar linguists publishing outside Nepal have usually used the term Newari, and more recently, Newar. The language is spoken primarily in the Kathmandu valley, in Kathmandu, Patan, and Bhaktapur and the many villages surrounding these urban areas. With two notable exceptions (Dolakhāe and Badikhel Pahari), the dialects of the surrounding villages and the smaller communities of Newar speakers outside the Kathmandu valley are directly related to Kathmandu, Patan, and Bhaktapur. Primarily on the basis of patterns of verbal morphology, Shakya (1992) argues for two major dialect groupings. The Kathmandu/ Patan/Bhaktapur grouping is distinguished by the occurrence of the conjunct/disjunct verb conjugations (see Section 3.2.1), while a second grouping, consisting of Badikhel Pahari and the Dolakhāe (Genetti 1994; this volume), is characterized by the presence of subject/verb argreement morphology. While the conjunct/disjunct inflectional morphology among the Kathmandu, Bhaktapur, and Patan related dialects is clearly cognate, the person/number agreement morphology in the Badikhel Pahari dialect is not cognate with the person/number agreement system in Dolakhāe, and neither appears cognate with the conjunct/disjunct morphology. Thus, the historical processes leading to different verb conjugation patterns remain opaque. Moreover, the subgrouping of the Newar languages within the Tibeto-Burman family remains problematic. Based on his analysis of verb morphology in Dolakhāe, van Driem (1993) argues for placing the Newar family close to Kiranti, although Kansakar (1997: 20) wisely notes that at the heart of the sub-grouping problem lies ‘the fact that the Newar language is a language evolving from mixed ethnic/linguistic influences that do not lend easily to a neat classification’. Throughout history, the Kathmandu Valley has been a crossroads of cultural exchange and Newars have had extensive interaction with northern Indic cultures and languages. A large percentage of the Newar lexicon can be traced to Indic sources. Written forms of Nepāl Bhāśā date back as early as 1114 ad [NS 235] and a classical literary tradition flourished up through the late eighteenth century (Jørgenson 1931, 1941; Malla 1982; Kansakar 1997). In modern Nepal, increasing Newar/Nepali bilingualism continues to influence the lexicon and grammar, and the economic and social status of Nepali, as a national language, exerts a powerful force towards language shift away from Nepāl Bhāśā (Shrestha 1990).